Vegesol R is the only copper-containing fungicide that provides a vegetable oil-based effect while also containing an added surfactant. Oil as an additive is required to make the most of the beneficial properties of the excellent quality active ingredient, as it forms a flexible, breathable film layer on the sprayed surface. This layer of film stabilises the active ingredient, ensuring it is slow to wash off, and providing the product with a longer lasting effect than other formulas. Thanks to the use of adjuvants and surfactants, the amount of copper sprayed when using Vegesol R is 40-60% less per hectare than when using other, traditional, copper products. 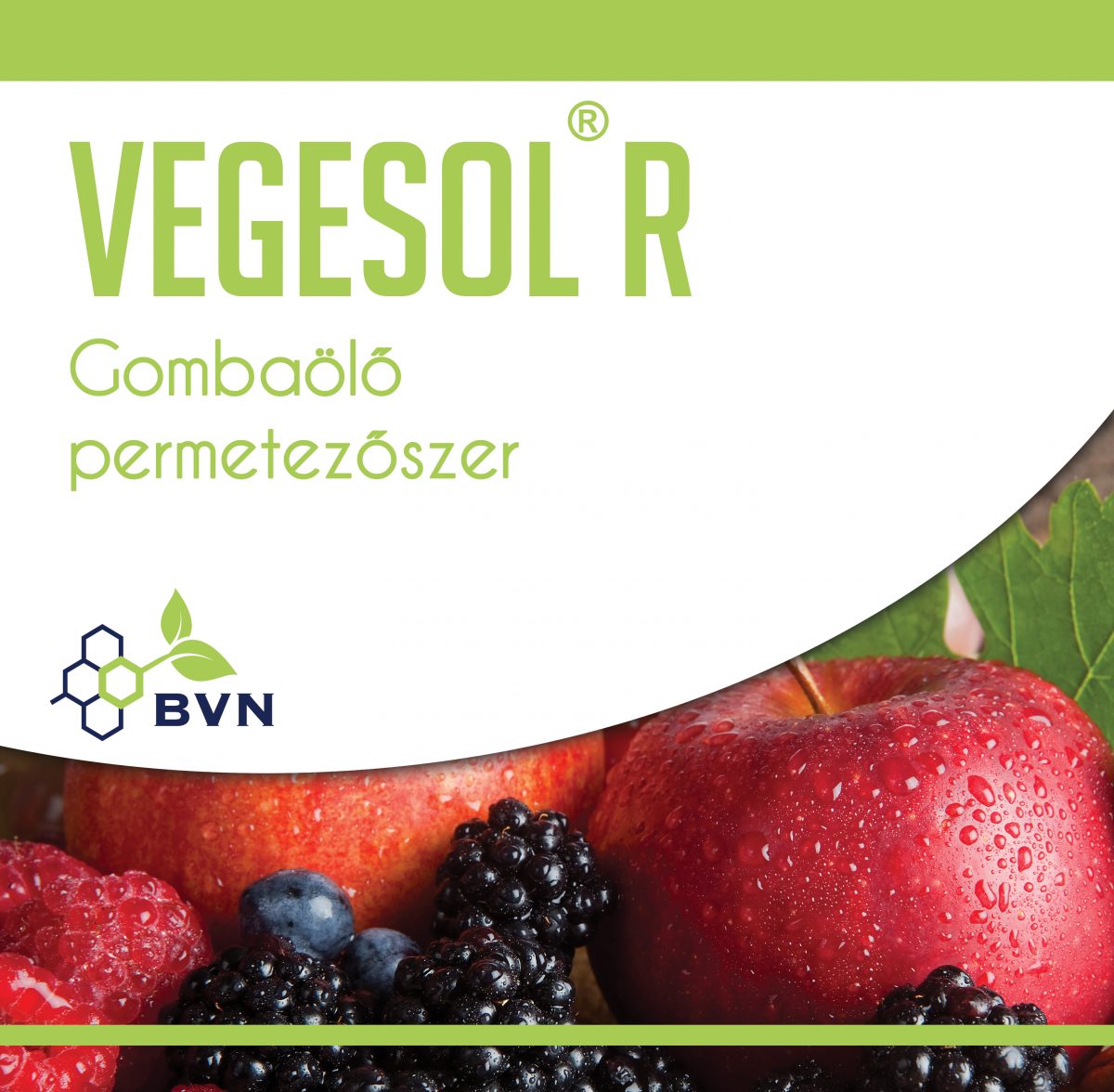 Copper has been used as an active ingredient in plant protection sprays for more than 150 years because it attacks fungi organisms in a number of locations, primarily damaging electron transport in the mitochondria. Resistance to copper is quite rare. Contact fungicides are effective only as preventive measures, meaning they have to be present on the plant surface by the time the fungus attacks.

As a micro-element that plants and even fungi need in small amounts, copper is also essential for the purposes of plant nutrition; however, in large doses it is toxic to all living organisms: it is, after all, a toxic heavy metal. In this case, Paracelsus’s saying is especially applicable: the dose makes the poison (“Dosis sola facit venenum”).

Not all crystalline copper forms used as fungicides are water soluble. Although copper sulphate is, the others are less water soluble, or not at all. In aqueous media, copper hydroxide only releases a very small amount of copper into the water; practically no copper oxides or free copper ions from the copper oxychloride are released. Thus, despite the fact that the free copper ion released from the various types of copper crystals – which we had previously considered to be the only active ingredient – appears on the aqueous media on the leaf surface in quite different quantities, all forms of copper still exert fungicidal activity.

This is because once it reaches the plant surface, the pathogenic fungi releases substances (amino acids, malate) into the environment that help it penetrate the plant, but they also free the copper ions from the copper crystals, which, either in themselves or by forming complexes (copper malate), lead to the death of the fungi. The active functions of the fungi transform the insoluble copper forms into fungicides. One thing is necessary for copper to exert its good fungicidal effect: copper crystals have to be present at the time and location when and where the fungal spore arrives and produces it’s germ tube.

Particle size is something that definitely influences product efficacy. The larger the size of the copper crystals, the less likely the fungi will come into contact with the active substance. If the given form of copper does not release its copper ions because it is not a soluble crystal form or, for example, because the plant surface is dry, the biological effect will be less potent. The tiny particles, which may be as small as a tenth of a micrometre, form a much denser cover on the surface, which means not only fungi but also significantly smaller bacteria are likely to encounter the copper crystals. However, as the particles are ground to smaller sizes, their total surface size increases exponentially, increasing the likelihood of rain dissolving the copper, causing the fungicidal effect to wear off. In light of the above, there is an optimal particle size, which can primarily be determined by biological effectiveness tests. Taking the above novel scientific finding into account, preventive protection should not aim to achieve the fast dissolution of copper ions.

If it is not only the free copper ion that acts as a fungicide but the mere presence of the copper crystal provides a fungicidal effect on the plant surface, then one of the most important features of copper products will be, in addition to particle size, their adhesion! This increases the importance of surfactants and adjuvants that ensure the active ingredient adheres to the plant surface after they have been sprayed. However, care must be taken when selecting the adjuvant, as not all provide long-term adhesion. Most adjuvants work only to decrease the surface tension of the spray to allow it to better spread on the plant’s waxy surface. If the plant surface is again subjected to moisture in the form of dew or rain, the dried adjuvant will again become wet and dissolve the active ingredient, which may end up washed off. When using contact fungicides, a good adjuvant, even when dosed according to the manufacturer’s instructions, will lose its ability to again become dissolved, thus protecting the active ingredient from being washed off. Of the products currently available, only terpenoids and a few types of plant oils provide this function thanks to their ability to form polymers.